Forgiveness and Peace After a Death

Posted by moreofpositivemornings on April 16, 2016 in Belief, Thankfulness 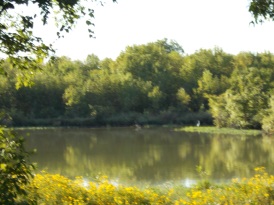 This is a very wicked world that we live in. It isn’t anything new, it has been wicked ever since biblical times, it is just getting worse day by day. Sodom and Gomorrah pale in contrast to the deeds of today.

Between the governments, civil rights groups, the rich and famous, down to the poor and forgotten, it is normal to accept and contribute to a society that often claims to serve a risen Lord, but turns back to the debauchery of this world the minute they walk out the church doors.

Everyone was born with a sin nature, but we were also born with an inherent knowledge of right and wrong. Scriptures and biblical rules have been changed so much, that many are led to believe that it is OK to sin because you can be be forgiven. Nothing is further from the truth. When we sin accidentally or unknowingly, we can be forgiven, but it is much more difficult to be forgiven if we sin on purpose, over and over again, and don’t even make the effort to change from our ways.

We can be forgiven over and over again when we accept Jesus as our Savior and strive to live the way that he instructed people to live. By loving each other, being kind, merciful and ourselves forgiving of others, we are assured forgiveness.

Today I am thankful for forgiveness, and for learning how to forgive others.

Psalm 86:4-5 Gladden the soul of your servant, for to you, O Lord, do I lift up my soul. For you, O Lord, are good and forgiving, abounding in steadfast love to all who call upon you.

Isaiah 1:18 “Come now, let us reason together, says the LORD: though your sins are like scarlet, they shall be as white as snow; though they are red like crimson, they shall become like wool.

Matthew 6:14 For if you forgive others their trespasses, your heavenly Father will also forgive you

One month ago today, my son, my only child died. I collapsed, I was hysterical, and I still find it hard to believe he is gone. My son had problems, everyone has problems, but he had a huge heart. He loved his work, he loved people, and he loved making people laugh. I remember the day he called me in Florida and told me he had said the sinners prayer at a Billy Graham Crusade. I remember how my heart swelled knowing my child was now a child of Jesus.

The cruel world likes to hold onto its victims. It strives to pull them back into the things they strive to get away from. I know this for a fact, because it did it to me over and over again until I knew Jesus, and even then Satan took satisfaction in trying to attack me in every way he could.

Robbie had a rough life, even as a child, but he was strong and usually could overcome any difficulty that came along. Lately he had been suffering with some severe health issues, but from what his friends and co-workers say, he still was trying to be his usual cheery self, still trying to make people laugh. I don’t know the exact cause of his death, I’m not sure that is even important anymore.

Today I am thankful to know that no matter what was going on in his life, his life belonged to Jesus and now he is home with him now, no longer sick, no longer hurting and no longer depressed.

← A Colorful World, The Food Pantry and Trials and Tribulations
Sleep and Books →