Grudges, Watching Over Me, and Surprises

Posted by moreofpositivemornings on September 5, 2016 in Belief, Thankfulness

The bible tells us that God says if we want him to forgive us of our sins, we must also forgive those who have sinned against us. Sometime we find that very hard to do. Even though he instructs us to forgive, he does not instruct us to forget or to include people in our daily life who would continue to hurt us in some ways. It is very easy to hold a grudge against someone, sometimes for our whole lives, but we have to learn not to do that.

Always, you should pray for everyone, even those who have hurt you, even those that you may have bad feelings toward. By praying we are, in fact, lifting the up to the lord and asking him to work in their lives and maybe some day change them.

There are evil people in this world, who don’t care who they use or who they hurt. They are self-centered and care only about what they want. Some of them, in fact, enjoy hurting others mentally, verbally and physically. I’ve had people from each of these categories in my life, some of who I still know, but I learned how to pray for them, how to keep a distant eye on them, but also how to exclude them from my life. In fact I have come to pity so many of them. Today I am thankful that the Lord has been teaching me how to not hold a grudge. 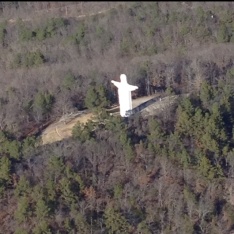 I am totally amazed at God. When I think over my past, I sometimes wished he had called to me sooner but I fully understand that I was to learn something from every bad experience I had. Some of the lessons were on morals, some were spiritual, some were aimed toward using logical thinking and others were teaching me the many different habits and actions of the human race.

While I am not a psychiatrist or psychologist, I have learned to read other people pretty good, and I have learned to look for the actual reasons they do things, why they might think the way they do. When I was in College, my psychology teacher told me that she thought I probably knew more of the workings of the human mind that the books could teach. She knew, without my telling her, by the way I acted in class, by the way I watched those around me, and by the way I solved problems that I had learned a lot from all of my life experiences.

When I look back at the troubled times, the times I wasn’t following Jesus, the times I didn’t let him handle my life, I can see so many times that he had to have been watching over me. I faced crisis after crisis, some that caused physical harm, others that caused emotional harm, and still some that threatened my life. I have come to realize that he was watching over me the whole time. Today I am thankful for all the times in the past he watched over me and for continuing to watch over me each day.

We all like pleasant surprises. There are times in our lives that something unexpected, something good or happy happens that we hadn’t planned on, that we didn’t expect. I believe that God likes to surprise us and why wouldn’t he, since his is the greatest love ever.

Recently we were discussing the fact that one of Rich’s kids in Oklahoma was talking about coming for a visit. At that time our living room only had a day bed and two chairs in it for people to sit on. While our finances were low, it was near the end of the month, we trying to figure out where we could find a cheap, but clean and sturdy couch. It was not something we had prayed for because we thought it would have been a selfish prayer.

We passed a yard sale on the way to his infusion but chose to ignore because we only had a small amount of money left before our checks would hit the bank. On the way home, Rich noticed they had put a small, clean but antique couch out. We took a chance, believing they might want quite a bit for it since it was an antique, and stopped to look at it.

It was very pretty, needed a few threads trimmed here and there and some material on the bottom tacked back up. When we sat on it, it was very comfortable and it was solid, all the legs were strong. I glanced at the price tag, never imagining that we could afford it but the price was $20.00, exactly what I had in my purse. We now have a beautiful antique couch in our living room. Today I am thankful for the surprises God sends our way.