Prioritizing, Giving Up, and Backing Off

Posted by moreofpositivemornings on October 27, 2016 in Thankfulness 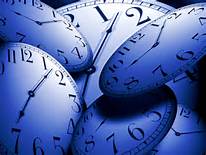 I like my life organized. I like to keep everything in its place. I like to be early for appointments and I like to work out what I want to do each day. I became this way when Ken was sick. I had to in order to work, keep the house up and take care of him.

For example, unless there is an emergency and we have to rush out the door, I say a small prayer when my feet hit the floor, I always make my bed afterward, throw on some clothes, gather up any laundry and take it to the hamper, put my coffee water in the microwave and step outside for a minute to get a breath of fresh air and see what the weather is like. I then make my coffee, throw a load in the washer, go into the office and turn the computer on. While it is loading I grab my bible,and do my daily reading. Then I will make breakfast.

House cleaning and chores are done after I have scrolled through the news while eating my breakfast. Because I can’t stand on my sore foot too long, I do things in spurts, like straightening out the living room, then back to office to sit for 5-10 minutes, then on to do the dishes and sweep the kitchen floor, then back to office again. This is how my day goes.

Lately, in the last few weeks there has been a lot of tense situations, from the car making funny noises, to emergency room visits for other than Rich’s hereditary disease. Add to that, two days that I had to try and be the computer expert, working on our internet because the technicians didn’t fix it the right way. Right now, we are only able to be on the internet one at a time, whereas before we could both be on it, and this is after they upgraded us to faster internet?

The one good factor out of all of this, is it has caused us to look at our priorities. For example, is it necessary to have our computers up all day and is it necessary to constantly be on social media? No!!! There is so much more to life than sitting in front of a computer. Being down for a few days has shown us just how easy it is to get addicted to these things. Today I am thankful that the Lord chose this way to show us how we should prioritize our lives.

We live in a fast paced, technological, immoral, hateful, lustful, deceitful, violent world. I could probably have added several other adjectives to that sentence, but you get the idea. Everywhere you look today, there is always something happening. Murders, rape, child abuse, pedophilia, bombings, shootings, riots, and let’s not forget all the dirty laundry being aired about famous people on a daily basis.

This world is out of control. Too much happens each day to keep up with, and that is just on the public view. A lot happens in the personal lives of each person also, just not everyone publicizes their private lives. We’ve had our ups and downs lately. The car has been making funny noises and there is no money to even take it in to be looked at. I have recently shown up with another medical problem and they are trying to find the right treatment.

Our internet isn’t working right and unfortunately that also means the phone is down since it runs through the internet. Richard has had a few bouts of illness that are new to him. Add to that, my older sister was rushed to hospital last week and has been in ICU with a breathing tube down her throat. There, for awhile, we weren’t sure if she was going to make it. She is slowly getting better and the last I heard they were going to try and take the tube out.

I don’t like stress. If I become too stressed, my heart beats too fast, I start hurting all over, I get angry easier, I get shaky, and I feel like I’m just going to burst into a million pieces. It literally scares me to get that stressed, but a few days in the last couple weeks it has happened. So I’m giving up!! Yes, you heard me right, I am giving up. Today I am thankful that I can give it all up to God. 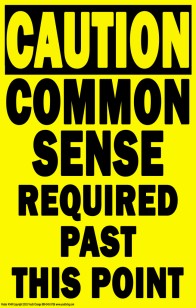 It is so easy to get addicted to something. I’m not just talking about drugs or alcohol. People get addicted to pornography, technology, sitcoms, spending, eating, swearing, lying, Social Media and so on. There is no way to try and list all the possible addictions, but just about everyone develops different types of addictions in their life.

I have known a woman for many years that is addicted to lying. So many times in the past she has told lies, and when confronted with them, she denies what she said or claims a loss of memory. I have prayed for and maybe some day the Lord will help her see what she is doing. There are not many family members of hers that believe anything she says. It just seems to come natural to her, and sadly I think sometimes she believes what she lies about.

I am not saying I am perfect. I went through a lying stage when I was younger, but my mother quickly cured me of it with several mouth washes using Fels Naptha soap. I learned very quickly not to lie to my mother, not to even pad the truth a little bit. But it’s a easy addiction to get into. This is just an example of what I am talking about when I mention addictions.

I have recently discovered that I was developing an addiction to Social Media. I would open Facebook first thing in the morning, leave it up all day, come back every so often to see if there was anything new or to play a game or two.

Recently our internet has had problems. We are trying to find a new service or get our ISP to fix this. In the meantime only one of us can be on the internet at a time, so we are splitting the day. It wasn’t until this happened that I realized just how addicted I was getting. I have decided that even when it is fixed I am backing off. I will be finding other things to do than sitting on Social Media so much. Today I am thankful that the Lord has shown me when it is time for me to be backing off.

← Sleep, Soul Searching, The Will to Go On, and Reading the Word
Time, Promises, and Simple Prayer →