Waking Up, Winter and Family

Posted by moreofpositivemornings on December 24, 2016 in Blessings, Thankfulness 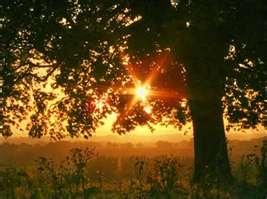 There are some mornings when I wake up that I just want to curl up and go back to sleep. I’m just so warm and cozy under the blankets, just so comfortable that I don’t want to move, but I swing my feet to the floor, stand up and get going because there are things that need to be done.

Unfortunately, there are so many that dread waking up and getting out of bed. Those with disabilities can relate to this, but there are so many others suffering from sorrow, depression and other disorders that don’t look forward to facing their day.

They haven’t learned to look for something positive in a day that reminds them of past losses, a day possibly filled with pain and adverse reactions to the drugs they have to take to just be able to get up and move around.

I don’t like to take a lot of pharmaceutical remedies, but there are certain illnesses and afflictions that cannot be cured in a natural way and the drugs are necessary to help curb the advancement of such diseases and illnesses.

Recently I was diagnosed with rheumatoid arthritis, to go along with the osteoarthritis, depression, PTSD and chronic migraines. I have, through some medications and through some natural remedies, been able to get the other conditions to the point where I can have a fairly decent day most of the time. When the migraines hit, I don’t curl up in bed and block out the world, I work through them, trying to keep my day as normal as possible.

Sadly there is no known natural cure for the rheumatoid and it can affect many different areas of your body, so I am forced to medications I would rather not take and deal with the nasty side effects. I’ve gotten used to the methylpredisolone. It didn’t really seem to cause a lot of problems, but the Methotrexate is another matter.

I only have to take it once a week, but for two days I am literally sick. My kidneys hurt, my stomach is in turmoil, and I just feel horrible the day I take it and the day after. I try to work through it like I do with the other medications I take, but it is really a horrible drug. At larger doses it is considered a Chemo-therapy for cancer patients and I just don’t how they could take this at much higher doses.

Still, no matter how bad those two days are, I swing my feet out of bed, get my day going, trying to act as normal as possible, chugging my apple cider vinegar and honey water and doing my morning workout routine. No matter what, I am thankful for waking up every morning.

Oh how I love Winter. The big, huge, fluffy flakes falling on the ground, the icy wind blowing, the sleet and freezing rain and the temperatures falling to the minus just makes my day. If I were younger I would be outside making a snowman, making snow angels and forts and having snowball fights, but, alas, this aged body can no longer participate in these activities.

There is nothing like looking out in the morning and seeing the bright sunshine gleaming off a blanket of pure white, glistening, untouched snow. It looks so clean, so pure, so peaceful, so pristine. But, as the day progresses and the snow plows dredge up all the sludge underneath and pile the gray matter up against your fences, yards and drive ways, it takes on a horrible, yucky feeling and look.

I love Winter, but only in the morning after a new snow has fallen. I love Winter when I don’t have to brave the plummeting temperatures or go out in the freezing sleet and rain, and I love Winter if I could stay in for the whole season and just watch it pass from my front window. Today I am thankful for Winter because it reminds me to be more thankful for the warmer seasons when they arrive. 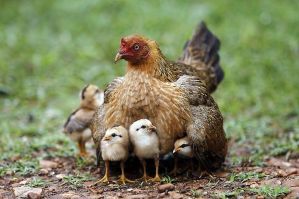 I guess, in a way, I should count myself blessed. I’ve had several families. Besides my own family, I had four foster families, three or four church families, and other families that I lived with in the past where I raised the children as if they were my own.

From the time I was 7 until I was 13, my family was split up. My father had died two years earlier, my mother had a nervous breakdown and was institutionalized, my younger sister and myself were sent off to foster homes, and eventually my older sister ended up in the same institution as my mom.

From the time I was 13 until I was 18, I was back home with my mom, only to have her and my sister, half sister and half brother move away shortly after I graduated. I never saw my mother again and it was 18 years before I saw my little sisters and 33 years before I saw my older sister. My little half brother was just a baby when they left, so I didn’t actually meet him until a few years ago.

Even with this, even though we lost touch for many years, I never once thought of disowning any of my family members and it just tears me apart to see this happen in so many other families. I don’t understand it at all. Sure, there may be a family member that is rebellious, doesn’t quite fit in, took a different path than all the others, but disowning them? NO

I’ve listened to people, over the years, talk about an estranged family member, one who isn’t often mentioned, is never brought up at family gatherings, and often the family doesn’t know or care where this person is. Until recently I never experienced anything like this. I had a family member cut off contact with me because I wouldn’t take sides in an argument about their deceased parents belongings. Are my feelings hurt? Yes! Will I ever speak to them again? Of course I will, if or when they decide they want to talk. One thing for sure, I will never disown them and I will keep praying for them. Today I am thankful for all of my family.

← Previous Post
Hallelujah, God isn’t Finished with Me Yet, Keeping Christ in Christmas →