After the Rain, Mom, Normal Days

Posted by moreofpositivemornings on June 10, 2017 in Blessings, Thankfulness 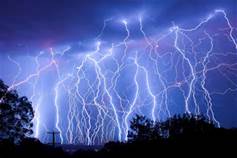 We’ve had some weird winters here the last few years. Instead of snow we had rain, and instead of ice, we had rain, and instead of sunshine, we had rain. Rich says he’s beginning to think we live England. Many people believe it is the result of climate change. Some claim it is just a natural occurrence as the earth gets older and yet I can’t wonder what we have done to our atmosphere with all of our polluting technological advancements and inventions.

If you live in a large city, like Cleveland, which I am using as an example, you know that days of rain often hold down the pollution. I remember when I first moved there, standing under an awning on the square during a down pour, and looking at a cement wall next me, watching the dirt and mud just roll down. I even wrote a letter to my foster sister in Colorado about how dirty and nasty everything seemed to be.

Another time, many years later, the bus driver for the church picked me up. We went back to the church to wait for people to take to a convention. After an hour we decided no one was coming so she drove me home to Cleveland. As we crossed over a bridge coming from Brecksville, she pointed to downtown Cleveland and told me that is where I live. Clear as day, I remember seeing this blackish gray cloud just sitting over the top of the city. It looked someone had taken a vacuum cleaner bag and just dumped it on top.

I have loved living in a rural town without all the factories, airports, and traffic that is in major cities. I love to walk out on the porch during the summer and sniff the air, taking in the green, fresh smell that you can only find in the country after the rain. As the sun starts to shine again, the rain drops sit on the leaves like little crystal raindrops and everything smells so fresh and clean. Today I am thankful for all the beauty after the rain. 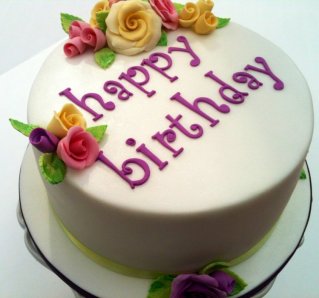 Today my son would have been 46. He had a will like none I’ve seen before. I could stand him in the corner and somehow or another, he could stiffen his body and fall asleep standing perfectly upright and still, not leaning on the wall or falling down. He was a quiet child, often so quiet, playing off in a corner of the room, you’d forget that he was even there.

I remember my heart breaking for him when he had his first crush and the feelings weren’t returned, and I think back to the wrong paths he was heading down, but I continued to be his mother and I continuously prayed for him.

I was so proud of him when he became a father for the first time, went out and got a better job and worked so hard to be a good father to his children. He worked many hours, and then would come back and cook for the family, get the kids their baths and get them off to bed. He rarely took time for himself.

And my heart jumped for joy the day he called me in Florida and told me he has just been saved at a Billy Graham crusade. He continued on, following down the right path for awhile until he let the outside influence of the world and a ton of disappointments and failures turn his heart cold.

But he fought his way back after losing his house, his business and his job. He started over again many times in his life, just as his mother did and for awhile it looked like things were turning around for him until his separation with the mother of his daughters.

He married, had four beautiful boys and was fighting for custody of his girls that social services had taken from the mother. I saw his heart break again when the courts convinced him he couldn’t take care of seven children and to let the foster parents adopt the girls, for they had fallen in love with them.

I watched him go up and down many times in his life. I watched him cry and shout, smile and frown, and still no matter what life was throwing at him, he always extended his hand to any of those he could that needed help, always had a ready smile or a joke to share.

Sadly things went from bad to worse, he split with his wife, and she moved away with his sons. A few years later he started having health problems while still dealing with a broken heart. He had minor heart attacks and lung cancer and there were rumors he had gotten into drugs.

Even though there were many who loved him, who could see that he had a good heart and that he loved people, he still really had no one there, no one to hold his hand through all of this, no one to tell him how to mend his broken heart and his broken spirit, so God decided to take him home and end his suffering. Today I am thankful that for 44 years, he called me mom.

It’s just another day around here. I get up, throw a load of laundry in, feed the birds, make the bed, grab my coffee and go read my bible. Later I will fix a small breakfast, change loads of laundry and straighten up the kitchen and living room.

I might get on the internet and read the news, check in with family and friends on Facebook or write an article or two. I’ll make a list of things I need to get done, things I need from the store, and appointments I will need to keep within the next few days.

After I fold the laundry, I may make a little lunch, sit and watch an episode of Paladin or Tales of Tomorrow or some other earlier program that today’s children and teens would cringe at because it is black and white and there is no CGI or special effects. I might have a little nap afterwards.

I will get up from nap, check in on family and friends, have my second cup of coffee and finish folding the clothes. If it is summer, I will go out and water the plants and maybe talk to them for a minute or two. If it is winter I will water the house plants in the kitchen and maybe put things together for a project I have planned.

Yes, it is one of those glorious normal days that we don’t often see enough of. There are no infusions today, no ER visits as we both seem to be fairly well today, no store runs because we did all that the day before. Life gets hectic around here because of all the medical and physical challenges we face, but today, I am thankful it is just a normal day.