Posted by moreofpositivemornings on November 22, 2017 in Belief, Commentaries 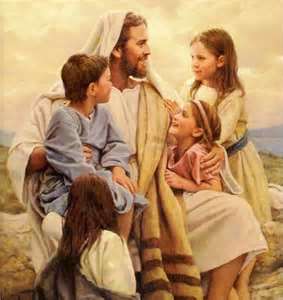 I read an article, either yesterday or the day before, where a woman getting ready to visit another country was advised not say she was a “Christian”, but to instead say she was a “Christ Follower”. Of course, in searching for the article today, I cannot find it. I think she said that the people where she was going had no respect for those who claimed to be “Christian”, but did have respect for those who claim to follow “Christ.”

Antioch was the first place where the word “Christian” was used. It was mainly coined to separate those who followed the teachings of Jesus from the Jews and Pagans. For centuries now, to claim you were a Christian indicated that you did, in fact, follow the teachings of Christ. As the years have rolled by, Christians have gotten a bad rap.

A lot of this has to do with churches moving away from the teachings in the bible, changing their doctrine and belief statements to include acts, life styles, and ideas that are against what the bible teaches but makes them more acceptable socially to a bigger crowd, much in the same way that the original Catholic Church did by including pagan symbols, idols, traditions and rituals into their doctrine, such as using a pagan goddess statue and changing her name to “Mary” and encouraging “Mary worship” to get more people to convert.

There have been some major changes since then, but all in all, many of the mega churches, many of the mega denominations are no longer concerned about how many souls are saved, but how many people they can get in their church, and the money those people bring in. It has become big business.

For years I have called myself a Christian, because I follow Christ, because I gave my heart to him, I repented, I invited him to take over my life, live in my heart, because I was completely born again in him. I have never stepped back from that, I have never denied him and I have never hidden my beliefs.

But what is in a name? Is it important to be grouped together with other people who believe the same and be given the title or name they go by? Isn’t it enough to live the way you are supposed to, to share the gospel, the good news of Christ without having to carry a tag with you that has been tarnished by the misdeeds and acts of others?